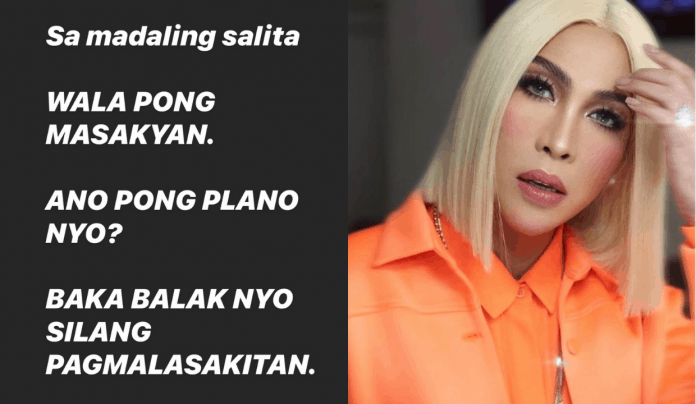 Vice Ganda called the attention of the Department of Transportation (DOTr) to the plight of commuters returning to work amid Metro Manila’s shift to general community quarantine (GCQ).

In Philstar.com report, thousands of commuters were seen stranded due to limited public transport services available despite the easing of travel restrictions.

Vice Ganda on Tuesday took to Twitter to appeal to DOTr for a solution on the lack of transportation.

Senator Nancy Binay earlier dared the DOTr officials to commute to work to experience themselves the commuters’ woes amid GCQ.

In a GMA News report on Wednesday, Transportation Assistant Secretary Goddess Hope Libiran said there’s no need for them to take on the commute challenge, adding that “DOTr is listening to the complaints of commuters and is seriously assessing the situation to gather enough data to better implement the ‘gradual, calibrated, and partial resumption of public transportation’.”