Hyun Bin brings out the fangirl in these ‘tita’ celebs 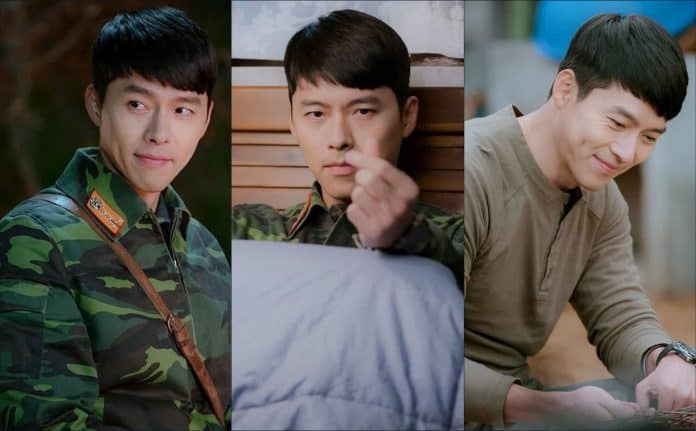 It seems no one is immune to the charms of Crash Landing On You (CLOY) star Hyun Bin.

Even “tita” celebs can’t help it, too. That is, crushing on the 37-year-old K-drama heartthrob who plays the dashing and endearing North Korean military captain Ri Jeong-hyeok who falls for the South Korean heiress Yoon Se-ri (Son Ye-Jin).

The Korean website AllKpop.com theorized that Hyun Bin’s appeal is because he comes across as boyfriend material, whose Hollywood counterpart is Ryan Reynolds as they can both “make the ladies swoon for decades with their boyish looks and charm.”

You wouldn’t believe it but these celebrity “titas” are absolutely fangirling over Hyun Bin just like everyone else.

ABS-CBN chief content officer and veteran star Charo Santos-Concio posted via her Instagram a short clip from the drama series where Hyun Bin’s Ri Jeong-hyeok is onboard a motorcycle with the caption: “How do I move on from Captain Ri? #CLOY #CaptainRi #HyunBin #CrashLandingOnYou #CrushLandingOnYou.”

In an interview with Metro.Style, the TV executive praised the actor’s character. “Captain Ri is a man’s man. He is a quiet, reserved military man who is sure of his convictions and values. At the same time, he is a gentleman with a kind heart, softened by his love for music.”

She also fangirled over Hyun Bin’s singing in a fan meet and declared she “can’t get enough” of the actor.

After Megastar Sharon Cuneta took a social media hiatus, she only returned online just to express how Hyun Bin “crash landed into my heart really hard.”

She wrote: “Hello, everyone! How’ve you all been? I hope all’s been well with you all. Me, still resting, getting myself back together, and by God’s grace, getting better everyday. Also, someone crash landed into my heart really hard. And now we are in a Secret Garden. LOL. Is this it, Gong Yoo? Hyun Bin, my heeeeeaaaaarrrrtttt….#dimples #thatsmile #thatface #darnjustthisman @hyunbin_actor @hyunbinworld @hyunbincafe @hyunbin.”

Sharon would go on and have more posts dedicated to Hyun Bin, including one where she jokingly claimed ownership on the actor and called him as “my happy”: “Goodnight, everyone. Goodnight, Binnie. You can crashland on me anytime. Kahit madurog ang buto ko at makita ko na si Lord. Halabyu! Haaaay… #hyunbin #keepyourhandsoffhim #hemine.”

No wonder, during her 24th wedding anniversary with Sen. Kiko Pangilinan, Sharon received a CLOY-inspired greeting from her husband.

CLOY may have concluded three months ago but fans of the show can’t get over it just yet.

That’s why the recent news about their favorite oppa being tapped as the brand ambassador of the fashion label Bench and of the country’s giant telco PLDT wireless unit Smart Communications thrilled the fans no end.

The mere thought of him coming to Manila for the official launch and to personally meet his fans is something his fans truly look forward to. But that may only happen once this pandemic situation has been taken under control.

In an online post from Hancinema.net, it has revealed that Hyun Bin is currently in the midst of preparing for his upcoming movie Bargaining. It is a story about a diplomat and a national intelligence service agent who struggle and risk their lives on foreign soil to save Korean hostages abducted in the Middle East. Hyun Bin works with director Im Soon-rae and actor Hwang Jung-min for the first time.

The post further said, “Although the company originally planned to shoot in Jordan later this month, it is preparing to film the movie in Korea first due to the spread of the COVID-19. Accordingly, the filming is expected to begin as early as late April.”

In a few days, the 56th Baeksang Arts Awards (also known as the “Oscars of Korea”) will announce the winners from among the nominees for each category.

If ever Hyun Bin, who is nominated for Best Actor, gets the award, it would be his first-ever win after being nominated for the fifth time in the same category.