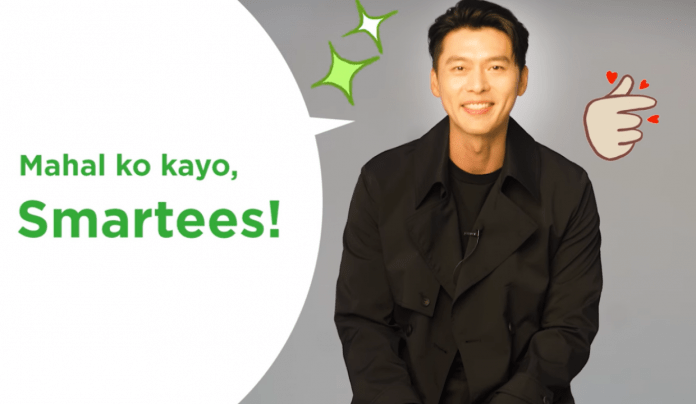 After being announced as the newest endorser of Smart Communications, Korean heartthrob Hyun Bin gave a shoutout to his beloved Filipino fans.

The telecommunication firm on Thursday shared a clip of the Crash Landing On You star’s video greeting wherein the bedimpled actor told fans to watch out for his campaign.

“Hello, Philippines! I am Hyun Bin. I’m glad to be part of the Smart Family.

“I am going to show you my best in my new campaign with Smart.

“So please keep an eye on me and Smart.

PLDT president and CEO Manuel V. Pangilinan didn’t leave fangirls and K-drama fans hanging, and confirmed it was Hyun Bin, adding that advertisements online and TV will be out on Monday, June 1.

Park Seo Joon on having Pinoy fans: ‘It still doesn’t...