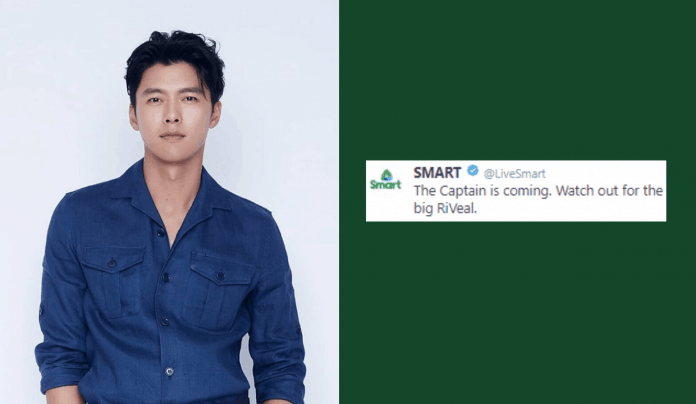 Hyun Bin or Captain Ri from the hit K-drama Crash Landing On You is the newest endorser of PLDT wireless unit Smart Communications.

On Wednesday afternoon, Smart released a badass teaser video of a man in a sports car.

“The Captain is coming. Watch out for the big RiVeal,” wrote Smart in the caption.

PLDT president and CEO Manuel V. Pangilinan added thrill to the announcement by confirming it was indeed the South Korean superstar shortly after the big reveal was made.

It looks like the 37-year-old actor is making a huge crash on Philippines shores, landing possibly two endorsement reveals in a day.

Bench earlier released a “Your crush, landing soon” teaser which sent fans speculating that the CLOY star is the local fashion brand’s next global endorser.