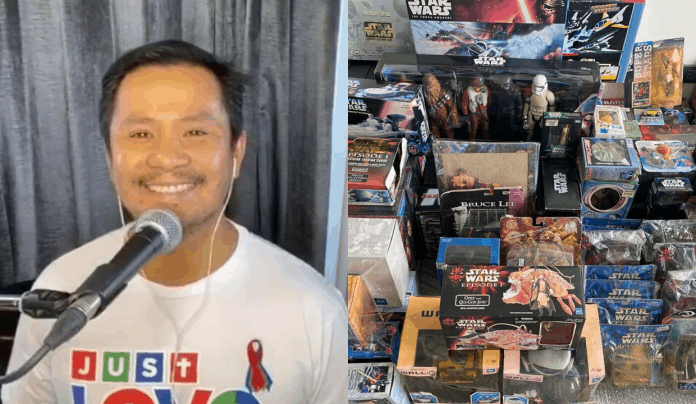 Ogie Alcasid has decided to let go of toys he had collected for over 20 years and donate them to Angel Locsin and Anne Curtis’ COVID-19 fundraising project, which aims to raise funds for mass testing kits in the country.

In an Instagram post, the singer-actor shared a photo of his huge toy collection that he will be turning over to the said fundraiser.

“Been collecting these for over 24 years. Time to let go of most toys so someone else may take care of them and at the same time people will be tested for COVID,” wrote Ogie.

“Just helping an angel with her advocacy,” he added.

Angel then acknowledged the singer’s donation.

Angel previously announced in an Instagram post that she along with other fellow celebrities are reviving the Shop and Share fundraiser project, which was first launched in 2009 in an effort to help those affected by Typhoon Ondoy.

Through the fundraiser, celebrities are invited to come together and auction off their personal items including designer bags, clothes and jewellery to raise money “to purchase test kits and allow testing opportunities for the poorer sectors in the hopes of helping out in the efforts to provide mass testing in the country.”