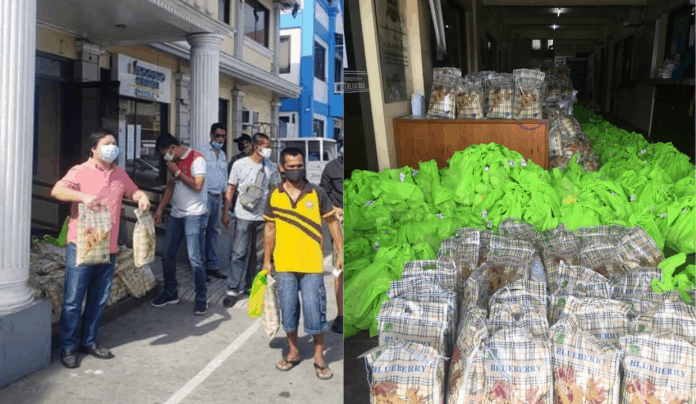 Some local government officials in Cavite are donating their salaries to help address the COVID-19 pandemic in their constituencies.

These Cavite mayors and vice mayors are stepping up their efforts in battling the health crisis.

Mayor Dino Reyes-Chua from the municipality of Noveleta pledged to donate his whole salary for the year 2020 to fund the distribution of food packs for his constituents.

Vice Mayor Denver Chua of Cavite City is also donating his salary from the month of January to April to aid the urban poor sector.

Mayor Jasmin Maligaya-Bautista from Magallanes, Cavite calls it a “challenge accepted”, and will be donating her two-month salary to the people of Magallanes.

Vice Mayor Rading Viado also pledged to donate his one-month salary to the frontliners of Amadeo.

Meanwhile, Kawit, Cavite Mayor Angelo Aguinaldo is donating his salary from “March up to the end of the pandemic” for the COVID-19 relief operations in his town.

President Duterte and a majority of his cabinet earlier announced that they have volunteered to donate their monthly salary to aid in the government’s efforts to fight the coronavirus crisis in the country.

Around 200 House members also pledged to donate their May salary for the funding of COVID-19 programs.