Matteo Guidicelli ‘did not punch anyone during civil wedding’ with Sarah Geronimo, says witness 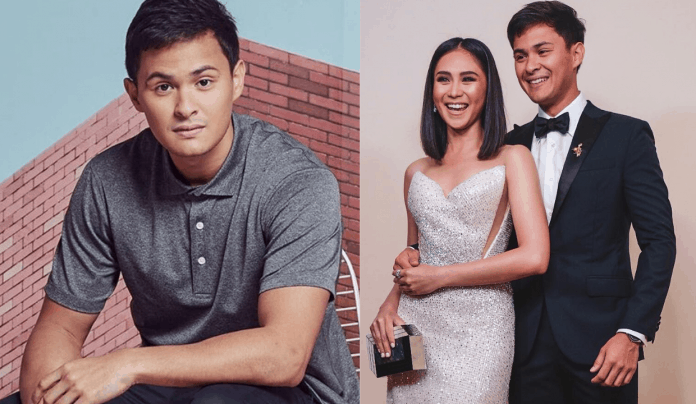 Matteo Guidicelli denied punching a bodyguard following reports of a “teleserye-like” altercation that transpired during his wedding with Sarah Geronimo on Thursday.

Amid the big news of their “secret” civil marriage, reports emerged on Friday morning that Matteo allegedly punched a close-in aide of wife Sarah in the throat late Thursday night after their civil wedding at a posh hotel in Bonifacio Global City, Taguig City.

The commotion allegedly resulted from when Sarah’s mother Divine suddenly arrived at the venue to ask for a moment with her daughter as she was not informed of the said wedding.

A Taguig police report added: “Upon knowing, (Matteo) accused and confronted the bodyguard as the one responsible in informing Sarah’s mother.”

But according to a STAR report by entertainment columnist and editor Ricky Lo, an eyewitness who requested to be unnamed said that Matteo “didn’t actually punch the complainant but must have accidentally, unwittingly pushed him during the reported commotion.”

In the same report, a source close to Matteo told The STAR that the newly married actor showed patience and persistence just to get the approval of Mommy Divine.

“He has never disrespected Sarah’s parents. You really admire him for his patience and persistence, unlike Sarah’s other suitors who couldn’t win Sarah’s mom’s approval and easily gave up.”

Citing a STAR informer, Lo also wrote that the couple is scheduled to have a Catholic wedding on March 29 in Italy where his father is from.

Matteo earlier described his ideal wedding in a STAR interview as “simple and quiet with only family members as witnesses.”