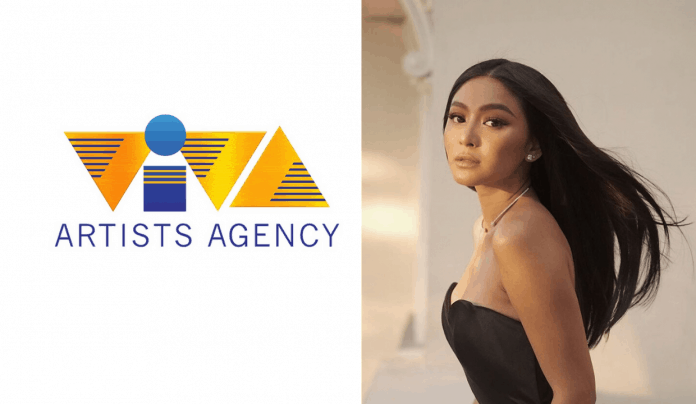 Viva Artists Agency (VAA) has denied allegations made by Nadine Lustre’s camp following the Multimedia Princess’ decision to terminate her contract with her long-time management company.

In a press release by Reyno Tiu Domingo & Santos Law Offices, Viva addressed the statements made by Atty. Lorna Kapunan involving Nadine Lustre and her exclusive agency and management agreement with Viva.

Atty. Kapunan had earlier stated that it’s a David and Goliath situation where artists are allegedly being taken advantage of by the talent management company.

In response, Viva’s legal group said: “This matter is about respect – respect for the law, respect for contractual commitments, and good faith in professional relationships.”

VAA stressed that “the agreement that Nadine entered into with VIVA is valid and subsisting — contrary to Kapunan’s claim that the actress can revoke the deal at any time.”

The group revealed that Lustre first signed with VAA in 2009 with her parents and furthered her contract until June 2029.

VAA added: “This required VIVA to invest their time, resources, and good will to hone Nadine’s talent and build her reputation. This included investing in workshops, training her talents, pairing her with an equally popular actor in a love team, producing movies and preparing her for roles that will showcase her skills as an actress, among others. As a result of VIVA’s efforts, Nadine is one of the most sought-after actresses in her generation.”

The group also reiterated that the agreement mutually benefited both parties.

“Nadine benefited as VIVA built and established her career in showbusiness appearing in countless shows, events, and movies, while VIVA received compensation to recover their investments in Nadine and earn a profit.”

VAA also cited Civil Code provision Article 1927, stating that “Nadine cannot simply turn her back on her contractual commitments after she received benefits as a VIVA talent.”

The group also debunked Atty. Kapunan’s claim that Nadine’s Agreement with VIVA is unconscionable and oppressive explaining that the agency “acted in good faith and with Nadine’s welfare and best interest in mind.”

It also slammed Kapunan’s accusation that VIVA has been taking advantage of young artists for the longest time as “malicious and unjustified.”

“VIVA established its business on trust and fairness. The talents developed by VIVA that turned into stars in the industry are countless. VIVA’s roster of artists, past and present, is a testament to its reputation in the industry and it will not allow its goodwill to be tarnished by conjectures and motherhood statements not supported by facts.”

Furthermore, VAA opposed the claim that they have not responded to earlier letters sent by Lustre’s camp.

“The truth is that we responded to Atty. Kapunan’s letter. We have the letter bearing the stamp of Atty. Kapunan’s law office showing that they received it on 21 October 2019. In fact, Atty. Kapunan replied to our letter on 04 November 2019, thus belying her claim that we ignored her communications.”

The artist management group concluded that they were not “harassing or maligning Nadine as claimed by her lawyer” and “neither interfering with third parties in directly dealing with Nadine.”

“VIVA is merely seeking to enforce its rights under the law and under the Agreement that Nadine knowingly entered into and benefited from,” it said.