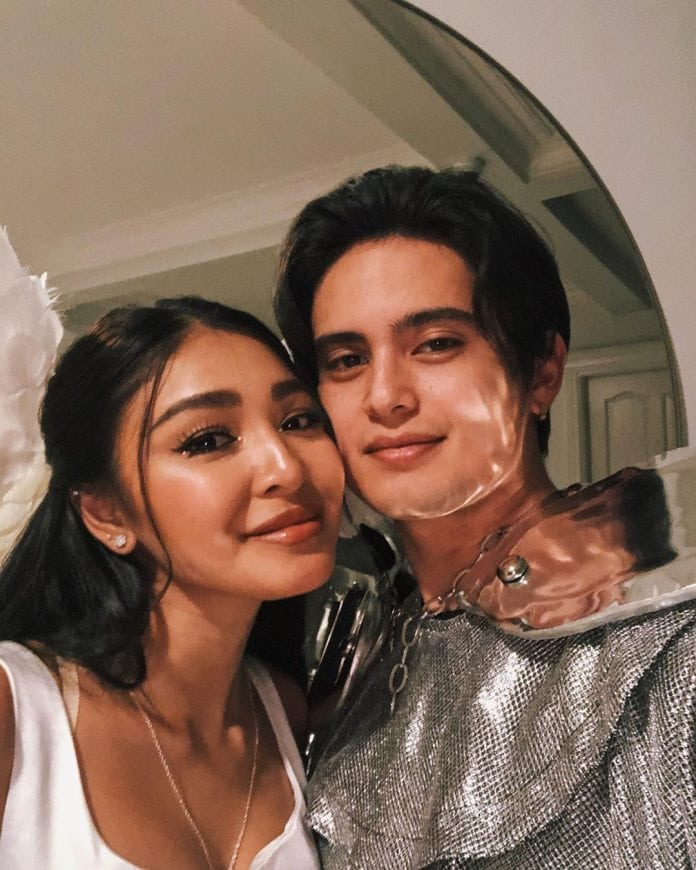 Reel to real-life couple James Reid and Nadine Lustre confirmed that they have called it quits.

In a joint statement sent to the ABS-CBN show Tonight With Boy Abunda on Monday, the stars, both 26, announced they have gone on separate ways, citing the reason that they decided to focus on themselves for “personal growth”.

They thanked their fans, the JaDines, for their “undying support” but also appealed to them to continue standing by them as they remain “really good friends” and are set to still work with each other in music projects.

James runs his own music label Careless Music Manila where Nadine is one of the artists.

“It’s true that we have split up but not for all the reason that are being spread on the tabloids and social media but because after quiet and mature conversations, we decided to focus on ourselves not only for our careers but more for our personal growth as we are still young and we want to achieve as much as we can.

“We agreed that going separate ways was best for both of us. We are in good terms and are still really good friends and will continue to work with each other especially when it comes to music.

“Thank you for all the JADINE FANS for their undying support and we hope you continue to support us now and in the future. We shall forever be grateful to them for their love and understanding. Thank you.”

The breakup was first reported by Pep.ph last January 1 and then came out in the Funfare column of Philippine Star’s Ricky Lo.

Nadine earlier slammed the veteran entertainment editor-columnist and denied the breakup report by saying in an Instagram story: “None of what you said was true.”

The ex-couple also continued to post photos of them together on their social media accounts, such as the trek to Mt. Ulap in Benguet, and their latest and possibly the last project as JaDine, a shoot for fashion magazine Mega in Brazil.

Meanwhile, when sought for a comment on James and Nadine’s confirmation of their breakup, Ricky Lo told PSN Latest Chika on Tuesday: “Nang pumutok ang story ko sa STAR na naghiwalay sina James Reid at Nadine Lustre, pinanindigan ko even if Nadine posted an IG story no less, loudly denying it. She bashed me for not even knowing her name and her followers also bashed me.

“In fairness to James, the guy was mum about the issue because I know that he knew the truth. Isn’t it ironic that barely two weeks after my story came out, it would be James and Nadine who would confirm in a joint statement that my breakup report was true? Sabi nga nila, saan ba nahuhuli ang isda kung hindi sa bibig nito mismo?”

James and Nadine were paired for the first time on the big screen via the box-office hit Diary ng Panget in 2014. They went on to become a popular team-up starring in a string of movies (Talk Back and You’re Dead, Para sa Hopeless Romantic, This Time, Never Not Love You) and series (On the Wings of Love, Till I Met You).

The onscreen chemistry spilled over to real life, as they announced during their JaDine In Love concert in 2016 that they were in a romantic relationship.

They took their romance to the next level with James admitting in 2019 that they were already living together. Fast-forward to their joint statement aired on TWBA Monday night, the stars officially put an end to their almost four-year relationship.