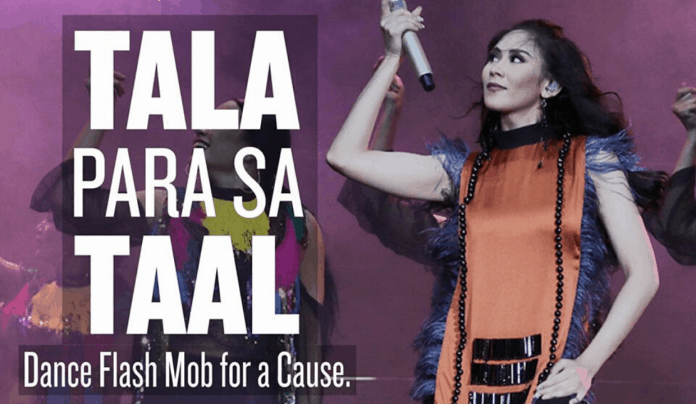 Sarah Geronimo’s fans, also known as Popsters, are initiating a dance flash mob to raise funds for the victims of the Taal Volcano eruption.

Popsters officials made the announcement on Facebook, which has since gone viral, as the post called on interested participants to join the “Tala para sa Taal Dance Flash Mob for a Cause” at the Luneta Park on Saturday, January 18.

The 100-peso registration fee to the dance flash mob for a cause will be donated to the Philippine Red Cross.

The Taal Volcano spewed ash and lava, affecting several areas in Batangas and nearby towns last Sunday, and sending thousands of residents to flee their homes.

Amid the continuous Taal Volcano unrest, relief operations are being undertaken as Batangas has been declared under a state of calamity.