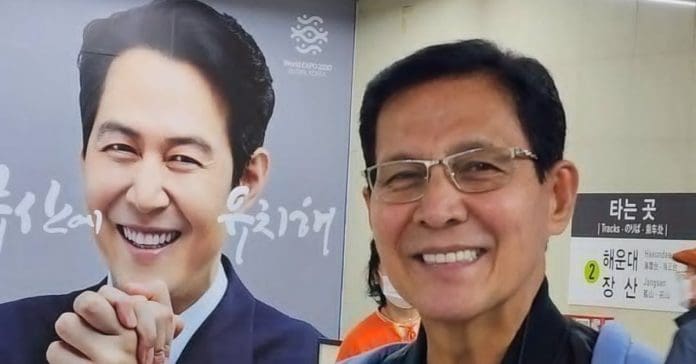 This photo of Tirso Cruz III has gone viral after netizens noticed the similarities between the veteran actor and Squid Game star Lee Jung-jae.

On Twitter, a netizen reposted a photo from Tirso’s Instagram story which featured the actor smiling at a subway station with a huge poster of Jung-jae in the background.

As of writing, the tweet, which was simply captioned with crying emojis has garnered 85,000 likes and 8,000 retweets, as netizens pointed out the “uncanny resemblance” between Tirso and the South Korean actor.

Tirso’s wife Erlinda Ynchausti later shared the same photo of Tirso which was taken from their trip to South Korea during the Busan International Film Festival.

Tirso assumed his post as the new chairperson of Film Development Council of the Philippines last July. With his new role at the national film agency, he represented the country at the recent Busan International Film Festival.