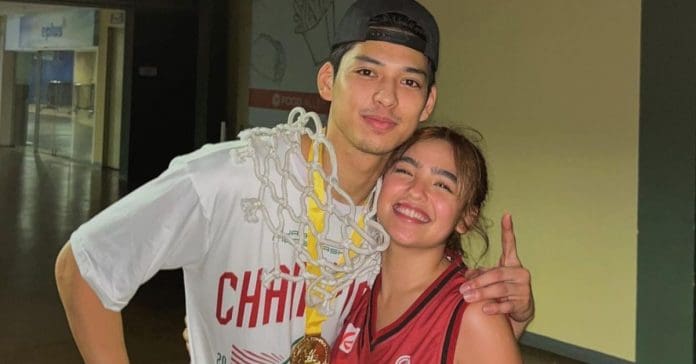 Andrea Brillantes and Ricci Rivero finally told their fans how they met each other!

On a recent Youtube video, the celebrity couple recounted their first meeting and their first impressions of each other with a Q&A.

The actress revealed they first saw each other at a club in Bonifacio Global City.

The 19-year-old also disclosed the night they first met was actually the first time she snuck out of home.

Andrea shared her first impression of Ricci was “mayabang” because of how he walked past her without saying “excuse me” at the club.

The athlete added that the Kadenang Ginto star was the one who made the first move, days after their first meeting.

In the same video, the couple shared their thoughts on working together for a showbiz project. While Ricci seems open to the idea, Andrea explained why she disapproves of it.