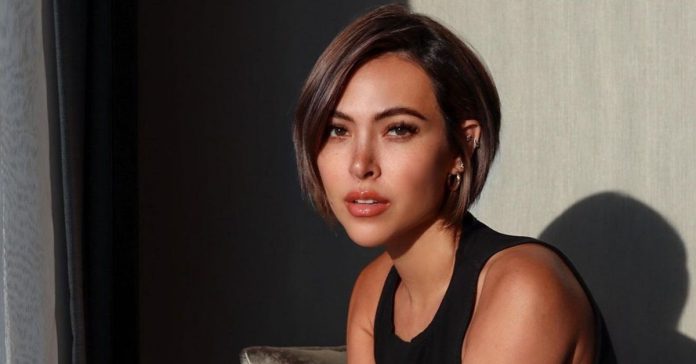 Maggie Wilson seemed to have spilled all the tea on her estranged husband Victor Consunji’s alleged affair.

The former beauty queen took to social media to reveal that she received a motion for the issuance of a gag order, along with multiple “evidences” supposedly pointing to her ex’s alleged illicit relationship.

“In 2019, a woman (one of) despite her being married at the time, I found was taking ‘trips’ and checking in to various hotels with him, without my knowledge.

“She has recently been posting in our ‘conjugal’ home, living her best life! Despite this, I have been accused of adultery and issued an arrest warrant,” she said on an Instagram story.

She added that she believes the gag order will be issued to silence her on important issues.

Wilson shared she has already tried to settle their issues privately but it has “fallen on deaf ears” and even led to various legal cases against her.

Before revealing the photos of her estranged husband and the alleged “other woman,” the celebrity mom said the snaps were obtained from public social media accounts.

Some of the photos she shared were from fans who spotted Consunji and a woman out in public.

In some of her Instagram stories, she claimed the woman was staying in her and Victor’s conjugal home by comparing their posts from the said house.

The 33-year-old also shared a screenshot of her conversation with a netizen from September 2019, the day she claimed she found out about the alleged affair.

In the message, the netizen said they spotted Victor picking up a woman at the airport.

Wilson shared another conversation with a netizen who said they saw Consunji and the woman holding hands in Hong Kong.

“This one I knew about,” she wrote in the caption.

It was in July when Wilson was granted a 72-hour temporary restraining order (TRO) against Consunji after his representatives attempted to forcibly evict her from her home.

Prior to this, Consunji filed an adultery lawsuit against the television host and her business partner Tim Connor.