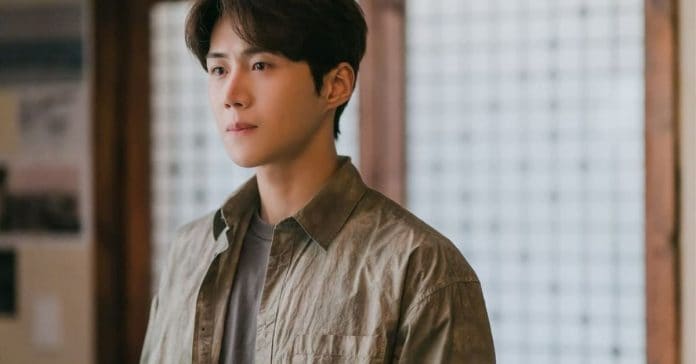 South Korean actor Kim Seon-ho broke down in tears as he apologized during his first public appearance, nine months after being caught up in a controversy involving an ex-girlfriend.

At a press conference for the play Touching the Void on Wednesday, July 20, the actor finally appeared in front of the media after months of intentionally staying away from the limelight.

According to an article by allkpop, the actor showed up first with a handwritten letter ahead of the conference meeting.

“I thought it was the right thing to do, so I came out alone first. I am a little nervous so I thought I would talk incoherently so I wrote this down. I hope you can understand with open hearts,” he said, as per the report.

Moreover, the report also stated that there was a moment of silence before he began reading his letter.

“I am really sorry and apologize for sharing this at the press call event. Many people worked hard from this spring to summer to make this play. I feel like I have caused a hindrance to everyone so once again apologize to the team and everyone,” the actor read as he shed tears.

Seon Ho continued, “I am truly sorry for causing concern to many people with bad news. Looking back, I have reflected a lot on my shortcomings. All I can say is that I will put forth the effort to become a better actor and a better person. I am sorry.”

Touching the Void, a theatrical rendition of the namesake book written by British mountaineer Joe Simpson, is Seon Ho’s first official project since being accused of pressuring his girlfriend into getting an abortion in October 2021.

The 36-year-old actor was forced to withdraw from TV and film projects due to the controversy, including KBS’ reality-variety show Two Days and One Night, the movies 2 O’Clock Date and Dog Days.

The play Touching the Void, which was based on Joe Simpson and Simon Yates’ true story of their climb at the Siula Grande’s western ice wall in the Peruvian Andes in 1985, will run in theaters from July 8 to Sept. 18.

Seon Ho will play the character of Joe, who was left alone on a snowy mountain in a tragic accident.