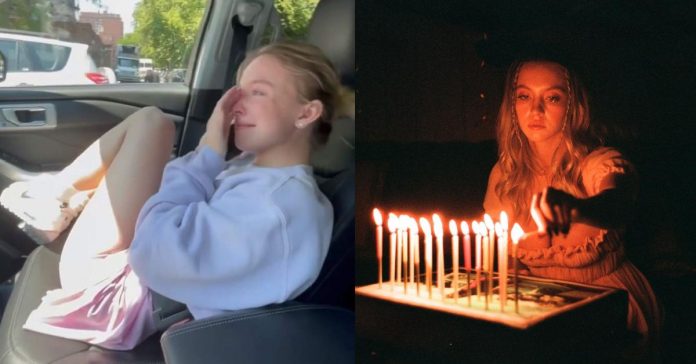 Euphoria star Sydney Sweeney was moved to tears after learning that she had gotten two Supporting Actress Emmy nominations.

“[W]hat a morning! thank you so much to the @televisionacad for my emmy nominations! It’s an honor to know that both Olivia and Cassie have connected with so many,” the actress wrote on Instagram.

In an Instagram post on Tuesday, Sweeney shared the emotional moment of her conversation with her mom. The Euphoria star teared up after her mother excitedly congratulated her on the nominations.

“I’m so proud of both these shows and grateful to everybody that’s been apart of them. But most importantly mom, I love you, we did it through the ups and downs!🥺♥️🥰 thank you thank you!!” she said.

The actress’ post amounted to over two million likes and more than 9,000 comments and counting on Instagram, as of writing.

Sweeney told People that she is “excited, in disbelief, and beyond appreciative.”

Sweeney said that when she first heard about the news, she was wrapping up a fitting for another project she was working on.

“I wasn’t really expecting this,” she said. “When I fell in love with acting, and when I fall in love with my characters, I don’t really think about the whole award aspect of it. I think there are so many incredible actors that I was rooting for, so I wasn’t ready,” she added.

Zendaya, Sweeney’s co-star in Euphoria, also made Emmys history by being the 25-year-old actress to garner two acting nominations and one of the youngest producers to do so.