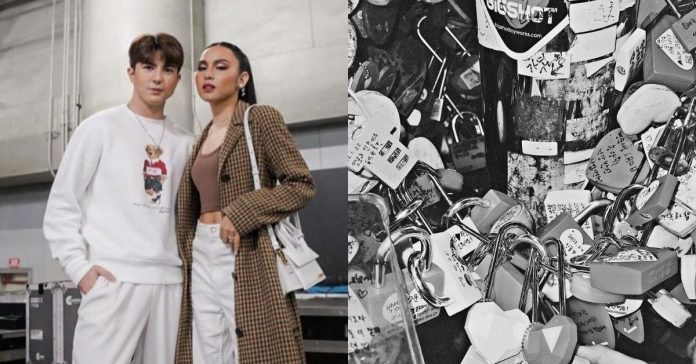 Fans can’t help but gush over Kyline Alcantara and Mavy Legaspi visiting together this romantic place in Seoul, South Korea.

On July 18, Mavy took to Instagram to share photos of his trip to Seoul and fans couldn’t help but notice that among those were snaps of him together with rumored girlfriend Kyline at the Namsan Love Locks at N Seoul Tower.

On the other hand, the Kapuso actress also shared some snaps that included Mavy and herself in the love locks place two days earlier.

As part of its Ganda Korea campaign to mark its 10th year of presence in the country, the Korea Tourism Organization (KTO) recently introduced Kyline as its new honorary ambassador.