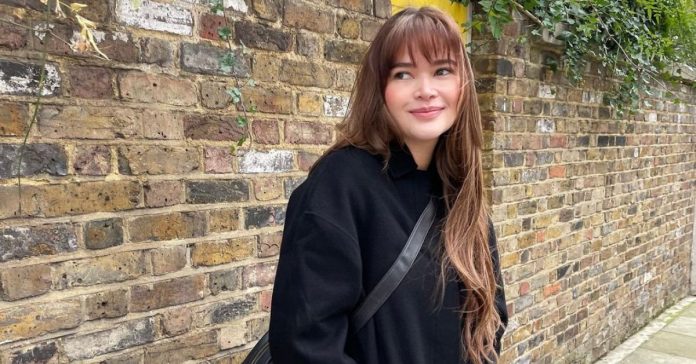 It seems Bela Padilla’s life has taken a turn for the better after a year of living in the UK.

The British-Filipina actress opened up on how her life has been like after braving uncharted territories and leaving her comfort zone.

“This time last year, I left my comfort zone. I flew to Europe with the intention of living in London by September 2021. And I did it. To commemorate the year that passed, I went back to the first place I landed in last year – Zurich,” she wrote on an Instagram post.

Bela shared that she used to joke about being jobless even after the work-filled year she has had.

“But in the last year, I released my directorial debut 366, wrote two scripts that are now in preproduction, invested in things and people I believe in, started a business (@amberandaqua) with my friend, met amazing people who do what they love, I attended events I would only just see on social media, travelled to cities and countries I only imagined in our taping tents and have experienced life more than ever,” she explained.

The 31-year-old revealed that after 15 years in the industry, she’s finally experiencing what it’s really like to be herself, instead of the characters she has played before.

She advised her fans: “Take this as your sign go to uncharted territories and really live your life!”

It was in November of last year when Bela revealed that she made the big decision to move to London.