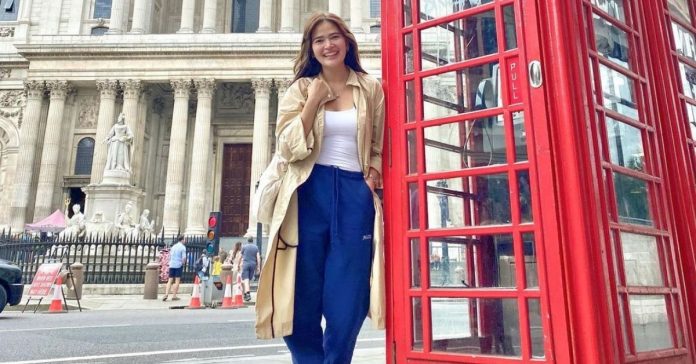 Bela Padilla recently revealed to her fans that she has made the big decision to move to London, United Kingdom.

The British-Filipino actress shared that it has been a few months since she chose to be based there and that she wanted find her footing in the country before announcing the news.

“So, I moved to London a few months ago. And I tried to find my footing first before sharing what it’s really like. Now, I’m ready to let you in to my life and tell you more about it!” Bela, who holds a dual citizenship, wrote in a tweet.

She then teased that she will be filming a video answering her fans’ questions about her move.

In a past Instagram post in September, the 30-year-old shared photos of her moments in London with the caption: “Home for now.”

It was in February when Bela was photographed at the airport to catch a flight to Turkey.

Bela Padilla flies again to Turkey to reunite with boyfriend