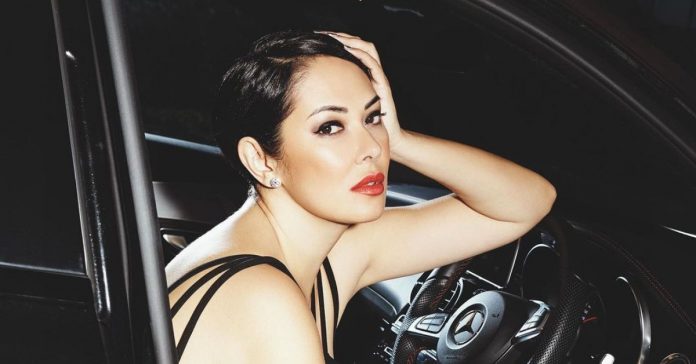 Ruffa Gutierrez’s lawyer has denied allegations that the actress kicked out two recently-hired household helpers without paying their salaries, adding that claims about the incident were “fake news” and “black propaganda.”

In a statement issued to The Philippine STAR’s LatestChika, the actress’ lawyer, Bryant Casiw, clarified that Gutierrez had “NEITHER FIRED the Helpers NOR REFUSED TO PAY” their remaining salary for six days, contrary to allegations made against her on social media, which he labeled as “fake news.”

“In fact, it was the Helpers who quit and insisted that they leave the house immediately without complying with clearance requirements of the village association,” the statement read.

“This fake news is a black propaganda [or] smear campaign against our Client as she is playing the character of former First Lady Imelda Marcos in an upcoming movie,” Casiw added.

The statement also said that Gutierrez is set to take legal actions, “especially against those spreading unverified information [or] fake news.”

Further details concerning the incident were also revealed in the statement coming from Gutierrez’s camp.

According to Casiw, the two household helpers “became unruly and turned berserk” and had “persistently called” Gutierrez while she “was away for work” last July 7, to inform her that “they have decided to quit” as they were unable to cope with her filming schedules.

The two have supposedly “caused a commotion and were in a hurry to leave the house, without first complying with the clearance requirements of the village association.”

The actress’ camp also claimed that household helpers had “endangered the safety, security, and privacy” of Gutierrez and her family by violating the confidentiality, non-disclosure and working agreement that they signed.

In light of the incident, Gutierrez has sought the assistance of local authorities to resolve the matter privately.

According to Casiw, the actress also “wishes” the two household helpers well, adding how Gutierrez “has always been very generous with, and compassionate to” her workers and considers them “part of her family,” which the workers themselves can attest to.

The statement of Gutierrez’s lawyer came after former Commission on Elections (Comelec) commissioner and now congresswoman-elect Rowena Guanzon called out the actress on Twitter last week about an alleged incident of two household helpers being “thrown out of a first class village” by their employers with unpaid salaries.

Gutierrez, herself had previously taken to Twitter to personally deny the allegations and explain her side of the incident.

As of writing, the P3PWD party-list representative has yet to comment on the actress’ response.