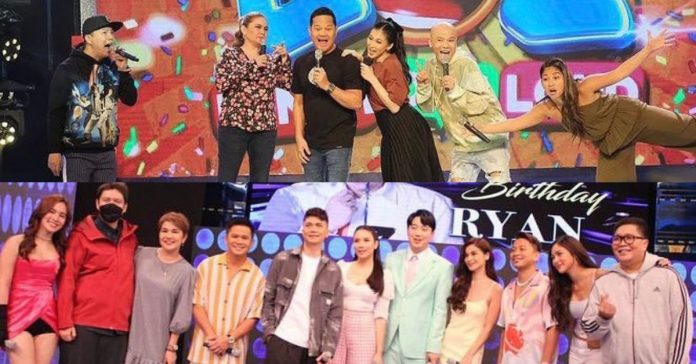 ABS-CBN and TV5 officially released a statement on July 11 that It’s Showtime and LOL will be joining forces in the noontime timeslot.

The fun and games in “Lunch Out Loud” will cheer up the days of the tropang LOL, including the “H.O.P.E.” dating game, the “Maritest” showbiz quiz, the “Beat The 2” brainteaser, the “Pera Usog” cash awards, and the “Sagot Mo, Sagot Ko” that grants viewers’ wishes.

For the past 13 years, viewers have proudly witnessed the incredible talent of Filipinos through “Tawag ng Tanghalan.” The ABS-CBN noontime show also brings out joyful, heartfelt, and uplifting stories of contestants in various segments like “Sexy Babe,” “ReINA ng Tahanan,” “Miss Q and A,” and “MiniMe.”