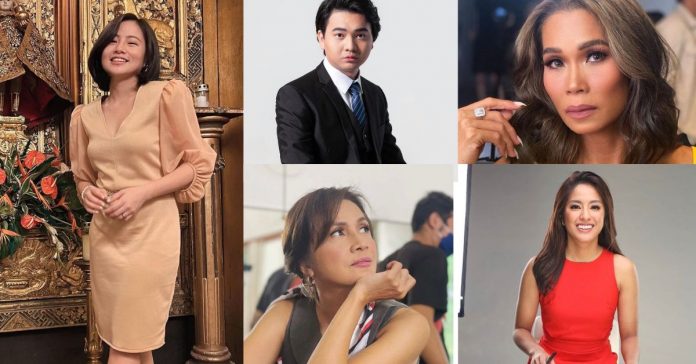 Actress Ella Cruz continues to be the talk of social media after her controversial remark about history. Several celebrities and influencers have also commented on the issue.

The actress was criticized for her “history is like tsismis” remark in relation to her role as Irene Marcos in Darryl Yap’s Maid In Malacañang.

Ella said in a Philippine STAR interview promoting the film that “History is like tsismis. It is filtered and dagdag na rin, so, hindi natin alam what is the real history. Andoon na iyong idea, pero may mga bias talaga. As long as we’re here alive at may kanya-kanyang opinion, I respect everyone’s opinion.”

“Kasi struggling na eh, last three days! Kahit naman sila struggling even right now, di ba? So, paano kaya iyon na there (was) so much pressure on their side during those times?” she added.

On Twitter, actress-comedienne Pokwang called out Ella for asserting that “history is like tsismis,” saying that while she respected Ella for supporting whoever she did in the most recent elections, she would disagree with such a statement.

Pokwang and Ella worked together in the ABS-CBN fantasy series Aryana.

“History’s narrative, while subject to the perspective of the author, must be written based on facts, and not opinion,” Gretchen wrote.

The television presenter also quoted historian Ambeth Ocampo in a follow-up tweet, “Don’t confuse History and chismis. History may have bias but it is based on fact, not opinion. Real History is about Truth, not lies, not fiction.”

Actress Agot Isidro is also among the celebrities that commented on Ella’s statement.

“Ella, I love you and you’re the sweetest. (serious ako. she really is.) Next time, puede tayong sumagot ng, ‘No comment.’ Again, mahal kita,” she wrote.

On the other hand, “Pambansang Marites” Xian Gaza posted an open letter to Ella on his Facebook account wherein he started by saying that he misses the actress and that he respects her opinion, and then went on to explain the difference between “history,” “tsismis,” and “historical revisionism.”

Due to the statement that the young actress said in the interview that was released on July 2, she continues to be the talk on social media as of writing.

Ella has yet to respond to the reactions.