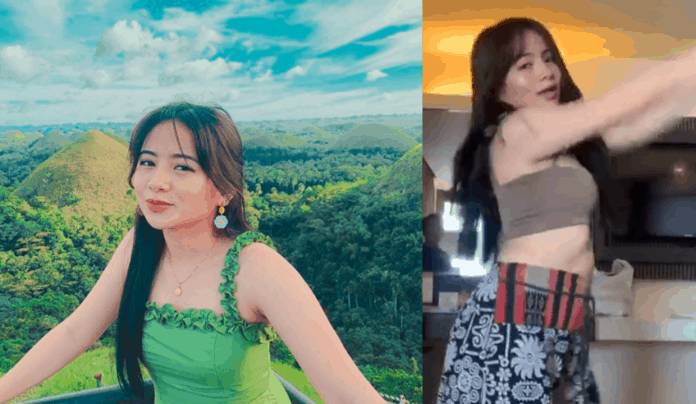 ‘Bawal ba tumaba?’: Ella Cruz slams netizens who accused her of being pregnant

On Thursday, the actress posted a video of her grooving to the K-pop song Psycho by Red Velvet. She was wearing a brown bralette top that showed off her tummy/abs.

While others were amused by her dancing skills, most of the comments were focused on her weight. Some netizens accused her of having a baby bump, while others said she gained weight.

She also took to her different social media accounts to express her disappointment:

Ella shared that she uploaded the video because she felt confident with her body but instead she received hateful remarks that made her feel bad about herself.

The 23-year-old actress also admitted that it was depressing.

“Everyone’s trying their best tapos all these people do is look for the negative side!” she added.

To lighten up the mood, two hours after her short dance cover was uploaded, she posted another video of her father this time whom she called as the real “preggy”.

Relax guys, the holiday’s just over like what Ella said. And, it’s (very) normal to gain weight.