‘So proud of you’: Anthony Taberna calls daughter Helga a hero after sacrifice for her sister Zoey 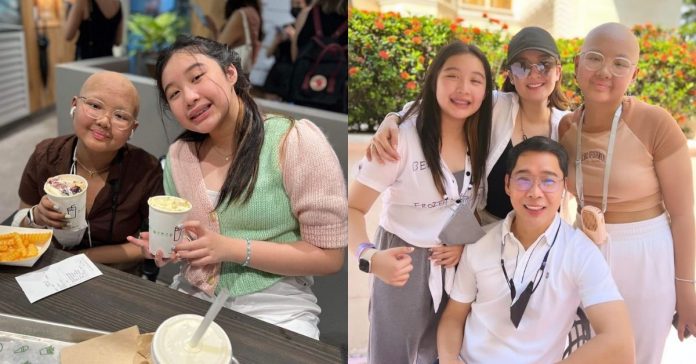 Anthony Taberna, also known as Ka Tunying, expressed his gratitude and appreciation for his youngest daughter, Helga, after helping her sister Zoey in her successful fight against cancer.

The veteran broadcast journalist took to his Facebook account on Thursday night, July 7, to laud Helga for her selflessness as Zoey’s bone marrow donor when she needed a transplant as part of her medical treatment.

The broadcaster also recalled, in reference to the open message previously posted by Zoey, how Helga was left with no choice as their family had to go to Singapore and how his eldest had felt guilty because of it.

He also noted how Helga helped Zoey cheer up and muster courage as she was getting treated.

Taberna’s youngest, meanwhile, also took to Instagram to pen an open letter for her “achi” Zoey as the latter marked the end of her battle with cancer.

“We are all so proud of you. You are the strongest person that I know, achi. You are the person who gives strength to many, including me,” Helga wrote, expressing her admiration and appreciation towards her older sister.

“I want you to know that no matter what happens, I will always be by your side. I will always be here to listen to you, to help you, to cheer you, to do all the the random things you want me to do 🫠, and many many more,” Helga said.

“I will always be grateful to have you, achi. You made so many people strong. I love you so much, zowi !! we are so proud of you 🫶🏻,” she added.

Earlier this week, Anthony Taberna’s eldest daughter, Zoey opened up about her battle with leukemia and revealed that she is now cancer-free, about two years after she was diagnosed with the disease back in December 2019.