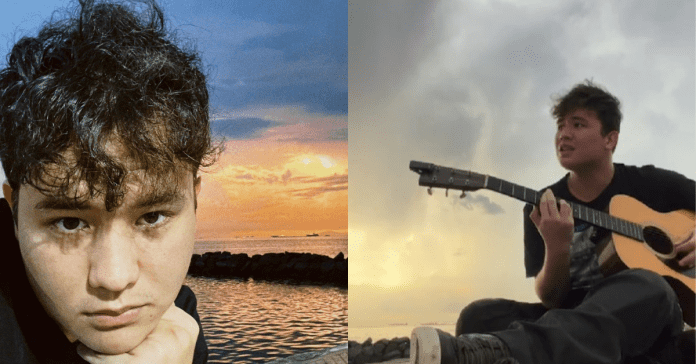 Almost two weeks after ending his relationship with Maureen Wroblewitz, it seems like the ‘Buwan’ singer is working on a new track set for release.

In an Instagram post on Thursday, June 23, Labajo teased fans with a video recording of himself playing the guitar while singing excerpts of what appears to be a love song in the works amid the backdrop of a Manila bay sunset.

“Dito ako ngayon sa Manila Bay looking at the sunset— tapos wala, may nagawa akong something so try natin,” he said in the video.

This “something” seems to have captured the hearts of his fans as netizens described their anticipation for Labajo possibly releasing a new song.

“Can’t wait for the official release. 🙌,” an Instagram user wrote.

Meanwhile, another netizen commented on Labajo’s post, citing some of the lines from the song and asked the singer to release it as it could be the song of their life.

Hours later the singer then posted another selfie from Manila Bay along with a short snippet of what seems to be an audio recording of the same song which includes his lyrics and him vocalizing with the strums of a guitar.