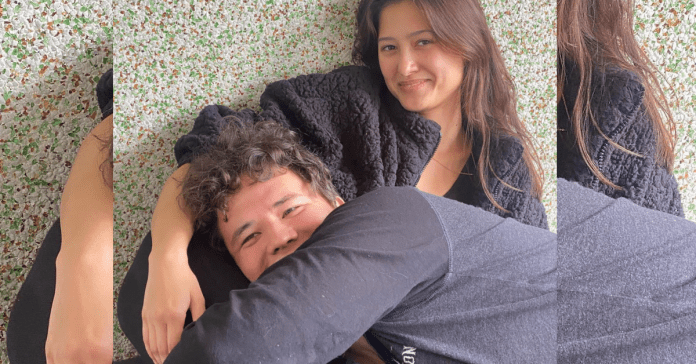 JK shared in a Facebook on Friday a photo of him with the model-beauty queen as he penned her a heartfelt farewell message.

In the caption, the Buwan singer announced his split with Maureen, telling how they are now lovers turned best friends.

“Some things come to an end and that’s okay. But now it’s time for us to grow on our own.”

JK later commented under Maureen’s Instagram post, telling her how he’s “the luckiest person to have spent the past years of my life with you.”

“I wouldn’t choose anybody else to have spend those years with,” the singer said.

He continued, “You’ve taught me so much and I have learned, I am learning, and I will learn more. We are both so young and we have to enjoy ourselves.

“I want to see you succeed. I love seeing you achieve your dreams. You will. We will.

“Here’s to growth and love for ourselves. For there is no greater love than self-love.”

JK ended his comment with a German message which translates to “Thank you, I love you and see you again”.

“Thank you for everything!,” replied Maureen with a heart emoji.

Maureen and JK, who are both half-Germans, were rumored to be dating since 2017 but only went public with their romance in 2019. They were believed to have met during the making of the music video of JK’s hit song Buwan where they played young lovers.

Responding to a netizen’s comment about him and Maureen ending their relationship on good terms, JK described their split as “the most matured breakup I’ve had”.

“I want nothing but the best for each other,” he said.