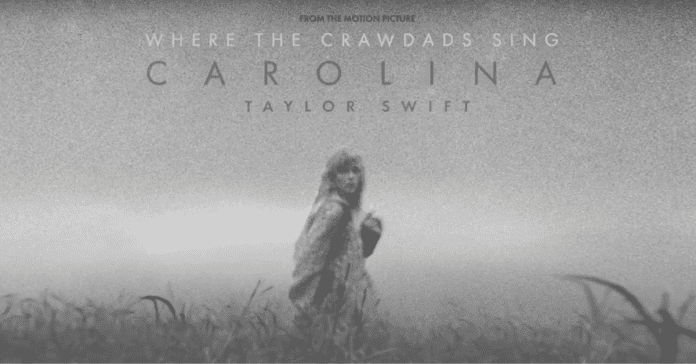 This is not a drill: Taylor Swift has released her new song Carolina on Friday, June 24, almost two years after her Evermore album.

The new track was dropped as a theme song for the upcoming film adaptation of Where the Crawdads Sing from the 2018 novel of the same name by American author Delia Owens.

Swift announced the new track’s release in an Instagram post where she shared how Carolina was brought to life by her and producer Aaron Dessner.

“About a year and half ago, I wrote a song about an incredible story, the story of a girl who always lived on the outside, looking in,” the singer-songwriter wrote.

“I wrote this one alone in the middle of the night and then @aarondessner and I meticulously worked on a sound that we felt would be authentic to the moment in time when this story takes place,” she added.

“I made a wish that one day you would hear it.”

The coming release of Carolina was previously unveiled by Swift through an Instagram story hours earlier.

Back in March this year, the artist also posted the film’s trailer which featured snippets of her singing some of the song’s lyrics on the background and where she shared other details of how Carolina came to be.

Swift previously described how she was mesmerized by Owens’ novel and that as soon as she heard that a film adaptation was in the works, she knew she “wanted to be a part of it from the musical side.”

“I wanted to create something haunting and ethereal to match this mesmerizing story,” she said.

Carolina marks Swift’s first newly penned song since the release of her album Evermore back in December 2020. In between, the singer-songwriter has been dropping re-recorded albums along with unreleased bonus tracks.

The song adds to Swift’s list of original tracks for feature films such as I Don’t Want to Live Forever with Zayn Malik for Fifty Shades Darker in 2017, Safe and Sound with The Civil Wars and Eyes Open for the Hunger Games in 2012, and Today Was a Fairytale for the 2010 film Valentine’s Day among others.