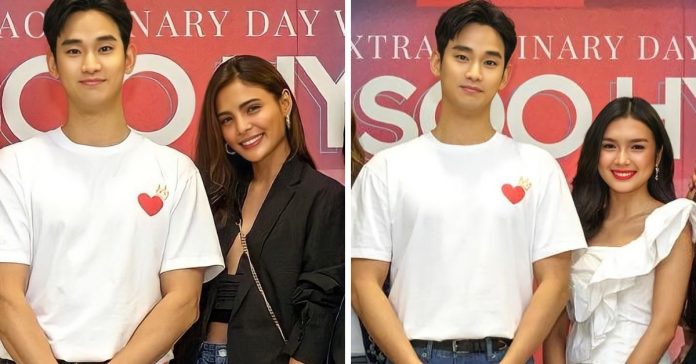 The K-drama star recently held his fan meeting with Bench at the SM Mall of Asia Arena last June 10.

Soo Hyun is the global ambassador of the said clothing brand.

Spotted attending the event dubbed “One Extraordinary Day with Kim Soo Hyun” were none other than Kapamilya stars Lovi and Francine who are the local ambassadors of Bench.

On Thursday, Francine and Lovi made fans jealous when they posted photos of themselves posing for the camera right beside Soo Hyun.

Francine also shared via Instagram stories some banters she had with fans over the “sana all” moment with Soo Hyun.

Lovi, meanwhile, also shared a snap of her with Soo Hyun, saying in jest that she fell in line to score the photo.