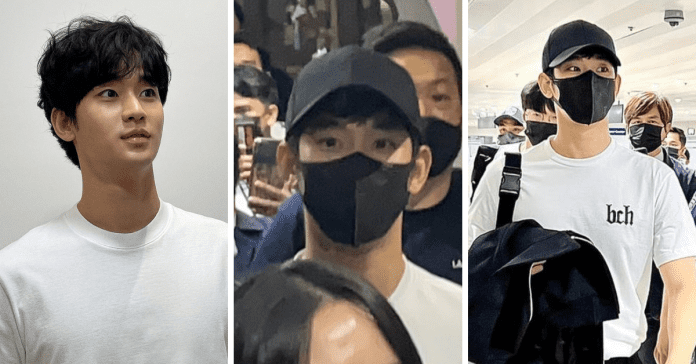 K-drama superstar Kim Soo Hyun is back in Manila for his scheduled fan meet with Filipino fans.

The Hallyu actor was greeted by fans with a warm welcome upon his arrival at the Ninoy International Aquino airport on Wednesday night, as seen in photos and clips shared by netizens on social media.

Soo hyun is set to hold his fan meeting dubbed “One Extraordinary Day with Kim Soo Hyun” at the SM Mall of Asia Arena on Friday, June 10, an event organized by clothing brand Bench.

“I am so excited that I can meet my fans after a long time!,” Soo Hyun said in a video posted on Bench’s Instagram page prior to his arrival on Wednesday.

The My Love From The Star and It’s Okay Not To Be Okay actor was announced as one of the clothing giant’s South Korean celebrities and global ambassadors back in July 2021.

This is apparently Soo Hyun’s third time to visit the Philippines, having been to the country in 2017 and when he was younger.

Soo Hyun is best known for his roles in popular Korean dramas such as It’s Okay Not To Be Okay, My Love From The Star, Moon Embracing the Sun, Dream High, among others.