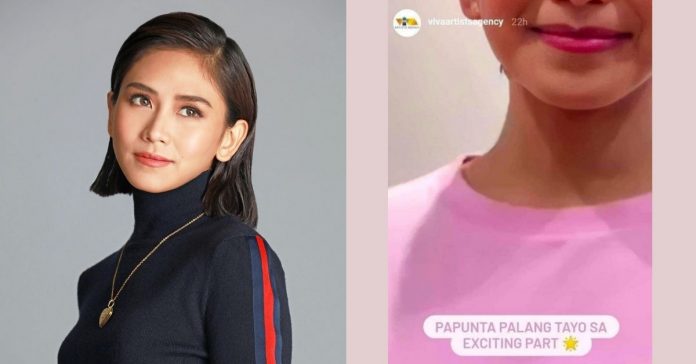 A supposed screenshot of an Instagram story on the Viva Artists Agency’s Instagram account showing a close up smile of a person wearing a pink t-shirt and pink lipstick recently made rounds online.

Fans and netizens deemed that the person in the photo resembles Sarah Geronimo, sparking speculations that the Popstar Royalty will be supporting Vice President Leni Robredo’s presidential candidacy in the upcoming elections.

Viva Artists Agency, however, released a statement clarifying that the said Instagram story was altered and was not published on any of their social media accounts.

“A screenshot of an Instagram story is circulating online supposedly from the account of Viva Artists Agency (‘VIVA’).

Talks of Sarah being a Kakampink surfaced last March after a photo of her with songwriter Nica Del Rosario who sang Robredo’s campaign jingles Kay Leni Tayo and Rosas, circulated online.