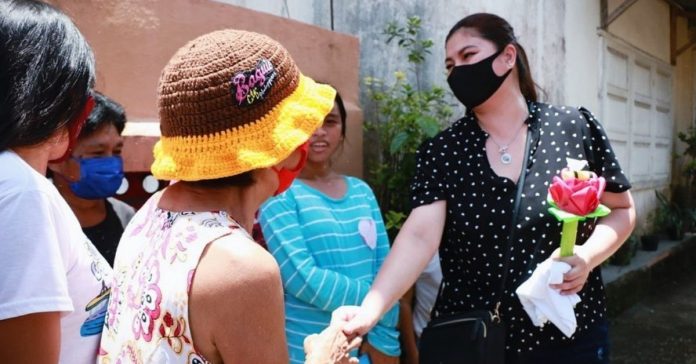 Angel Locsin briefly explained why she decided not to wear pink, the official campaign color of her presidential bet Leni Robredo, when she joined relief operations in Leyte.

It was just this April when the province was hit by tropical depression Agaton that left at least 42 people dead and more than 100 missing after the devastating landslides.

The actress-philanthropist lent a hand to relief operations for Leyte, and even crossed paths with Sen. Ronald “Bato” dela Rosa.

In the snaps she shared on social media, Angel sported a neutral black shirt when she spoke to the people of Palo, Leyte.

On Twitter, netizens expressed their concern that Angel’s photo might be manipulated to make it appear she was campaigning for a different presidential candidate.