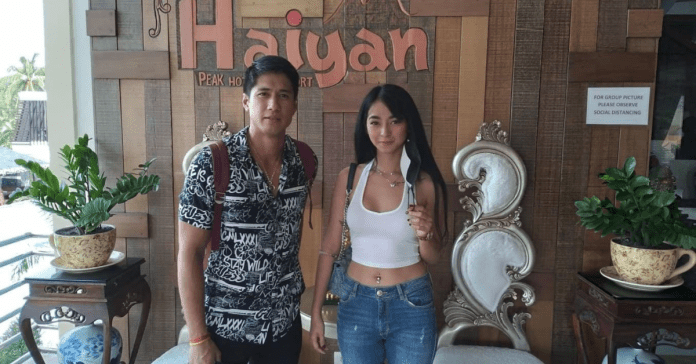 Rumored couple Aljur Abrenica and AJ Raval were spotted at a hotel and resort in Tanauan, Leyte on Valentine’s Day.

The two were welcomed by Haiyan Hotel and Resort’s CEO Banjo Merilo when they had a meal at the venue’s restaurant on Monday.

The two were romantically linked when netizens speculated that AJ was the third party who caused the breakdown of Aljur and his wife Kylie Padilla’s marriage.

AJ has since clarified that she was not a third party and made it clear that she and Aljur are still getting to know each other.

“Nag-uusap kami. We understand each other. We care for each other pero wala pa kami sa point na may relasyon kami. Parang getting to know,” she said in a past interview.