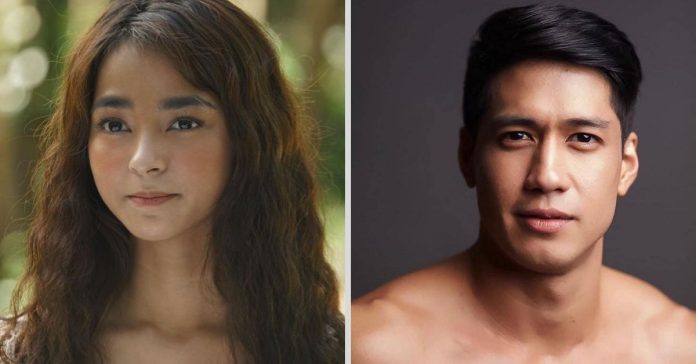 AJ Raval has ended speculations about her runored romance with Aljur Abrenica, saying that they are on the “getting to know” stage.

The 21-year-old sexy actress recently opened up about her relationship with Aljur in an interview with PEP Live alongside Shoot Shoot co-stars Sunshine Guimary and Andrew E.

AJ also confirmed that Aljur is the boyfriend-material suitor she once mentioned in a YouTube vlog.

“Yes, siya. Nag-uusap kami. We understand each other. We care for each other. Pero wala pa kami sa point na may relasyon kami. Parang getting to know,” shared AJ.

In a previous “Sagot o Lagot” vlog with Donnalyn Bartolome, AJ admitted having a suitor who makes her feel special.

AJ was in a previous relationship with PBB alumnus Axel Torres for almost two years.

Aljur, meanwhile, previously got separated with Kylie Padilla whom he has two kids with.

The two previously worked together in the Viva film Nerisa.

Rumors about AJ and Aljur dating came up after a viral Facebook post seemingly suggested that a topless photo of Aljur was taken outside her room.

In a recent tweet, Kylie clarified that both she and Aljur have mutually agreed to date other people.