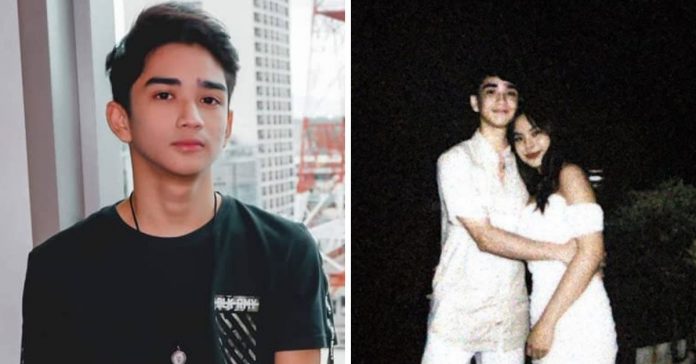 Zaijian Jaranilla has revealed that he’s no longer together with his non-showbiz girlfriend.

The former child star opened up about his relationship status during a recent press conference for the upcoming Kapamilya series The Broken Marriage Vow.

“Actually, wala na. Hindi na ko in a relationship,” Zaijian was quoted as saying in a report by ABS-CBN.

Although the 20-year-old did not elaborate on the cause of the breakup, he admitted that it has not been a month since they called it quits.

Zaijian first admitted in a Tonight With Boy Abunda interview in January 2020, that he’s dating a non-showbiz girl.

In a Magandang Buhay interview in October the same year, Zaijian opened up more about his relationship with his special someone, saying that she was serving as his inspiration.

Netizens caught a glimpse of who Zaijian was dating after videos of them doing TikTok together surfaced February last year.

Zaijian will take on the role of Jodi Sta. Maria and Zanjoe Marudo’s son in The Broken Marriage Vow — the Pinoy remake of the BBC hit series Doctor Foster.

He is also set to star as Ding in the TV series adaptation of Darna alongside Jane de Leon as the title character.