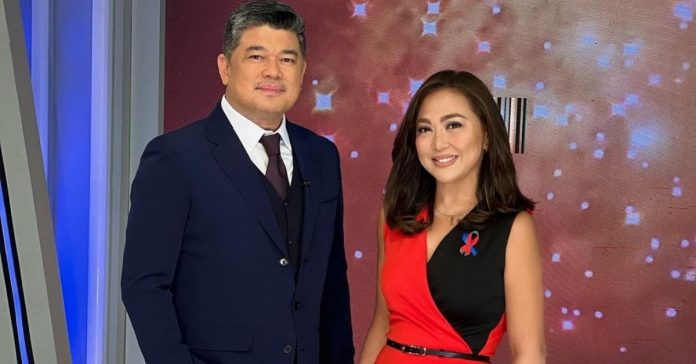 Karen Davila’s heartwarming social media post for her co-news anchor Julius Babao is confirmation that he is leaving the Kapamilya network.

From one broadcast journalist to another, Davila shared feeling nostalgic working with Babao on his last week with ABS-CBN.

“We first partnered in TV Patrol World from 2004-2010 with Ted Failon & then Bandila in 2010-2019 with Ces Drilon so you can imagine, I’m feeling nostalgic anchoring with Julius on his last week with ABS-CBN,” she wrote.

Davila added: “Kapamilyas come and go but our hearts remain bonded for life. I pray and believe for better times ahead for ABSCBN. We are strong. Bilong ang mundo at alam ko, magkikita tayong muli. Wishing you well Julius!”

In her Instagram post, she took a trip down memory lane with snaps from 2004 up to 2021, still as co-news anchors.

Under the comments section of the post, Babao, who is rumored to be transferring to TV5, reassured Davila that he is just “a stone’s throw away” from her.