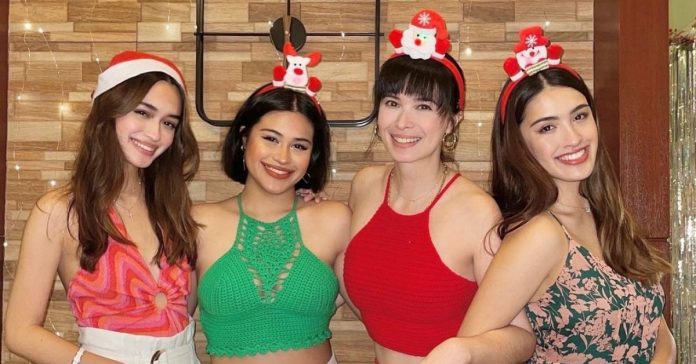 Sunshine Cruz made sure to dispel false news about her daughter Sam after netizens claimed that the 17-year-old was pregnant.

The actress’ social media post from Christmas made rounds on the internet after netizens spotted a snap of Sam seemingly covering her belly.

“FAKE NEWS! So easy to destroy and make fun of someone by spreading lies on social media. Piliin niyo pinaglaruan nyo huwag yung bata o MINOR pa,” she wrote in a Facebook post.

Under the comments section of her post, Sunshine’s fans defended her and her daughter.

In a recent Instagram post with Sam, Sunshine responded to with a laughing emoji when a netizen brought up the rumors of her daughter’s pregnancy.