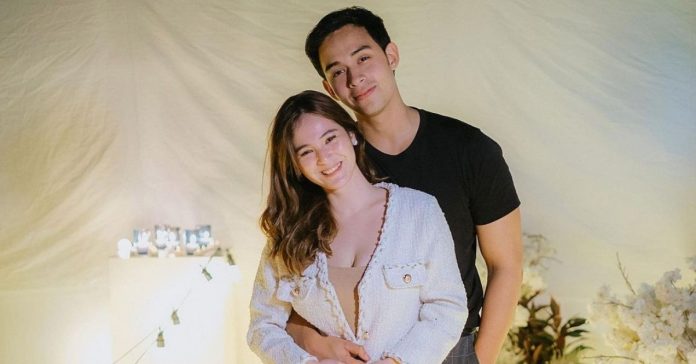 After some controversial weeks for the celebrity couple, Barbie Imperial and Diego Loyzaga showed that they’re going strong as they marked their first anniversary.

The actress took to social media to share the success of her intimate dinner surprise for her boyfriend.

“One year anniversary surprise for my baby Dungdung. hihi I hope you like what we prepared for you love,” she wrote in the caption.

Barbie had organized a dreamy and lights-filled celebration just for the two of them.

On another social media post, the 23-year-old penned a lengthy message, expressing her gratitude for the actor.

“I think the best thing you’ve ever done is teach me how to love myself more. You taught me so many things in life that no one has ever told me about.

“You taught me how to be strong. How to be okay even when I’m alone. You made me feel and believe that I am enough, and perfect just the way I am,” she wrote.

Meanwhile, Diego had also surprised Barbie with an intimate dinner at the same place they first met.

“I’m grateful for you. It was this exact spot last year where we met again and things were never the same,” he wrote on an Instagram post.

The couple made headlines recently after social media personality Xian Gaza disclosed on a Facebook post that Diego was allegedly cheating on his girlfriend.