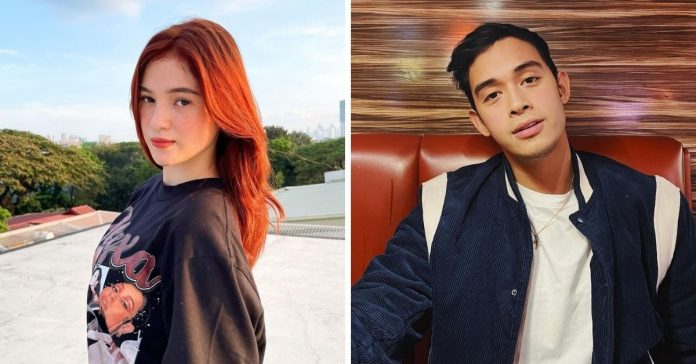 Fans couldn’t help but appreciate this fun exchange between Barbie Imperial and her ex-boyfriend Diego Loyzaga.

After the actress shared a new snap of her new flaming red hairstyle, Diego responded calling her “Poison Ivy,” the DC Comics character who had the same hairdo.

The actor joked along with Barbie asking if she was sure of her statement.

Fans of the ex-couple flocked to the comments section expressing their kilig for the two’s cute banter. While some predicted a “comeback” between Barbie and Diego, others shared how happy they are that they have remained friends.

It was in February when Barbie confirmed in an interview that they have ended their relationship on good terms.

Meanwhile, Diego recently denied rumors that they had gotten back together after they were spotted at a restaurant together.

“Please, let’s not get to that. We are friends and that’s what matters for now. She’s in Davao now. We are good friends. There is no bitterness on my part,” he said on an ABS-CBN report.

Barbie Imperial and Diego Loyzaga split after one year

Are Barbie Imperial and Diego Loyzaga back together?

Barbie Imperial and Diego Loyzaga surprise each other on their...