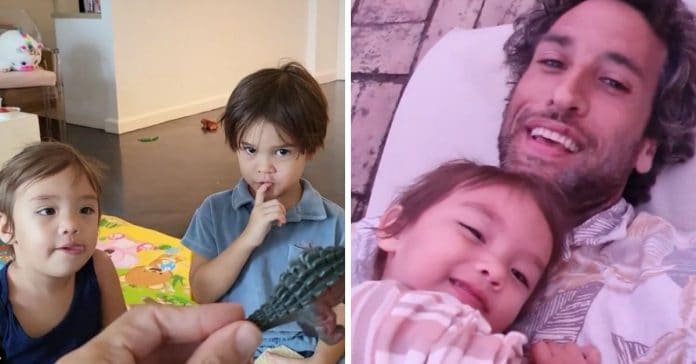 Nico Bolzico uploaded an adorable video of his daughter, Baby Thylane, with Isabelle Daza’s son Baltie, and netizens had fun teasing the celebrity dad over the two being a “future loveteam”.

On Instagram, Nico shared a clip video of him testing Thylane and Baltie’s knowledge about dinosaurs.

Being the comedian that he is, Nico hilariously captioned the video: “One knows the names of all the dinosaurs (literally all of them), the other pretends… hard to tell who knows and who is the pretender!”

Nico even quipped, “Baltie is already smarter than me!”

Netizens, in the comments section, meanwhile couldn’t help but gush and laugh at how Thylane mimicked how Baltie named each dinosaur figure held by Nico in the video.

Others were even shipping the celebrity kids over their cute interaction.

“Awwe I stan (these) cuties! Looking forward (to) a new loveteam in the future”, wrote a netizen.

To which Nico responded, “A couple of friends, you mean, right?”

Nico then added a postscript, expressing how he does not approve just yet of his daughter’s pairing.

“#BalTili is not a thing!,” Nico wrote in jest.

This brings us back to the time when Nico also “rejected” Georgina Wilson’s sons Archie and Alfie as her daughter’s “potential suitors”.