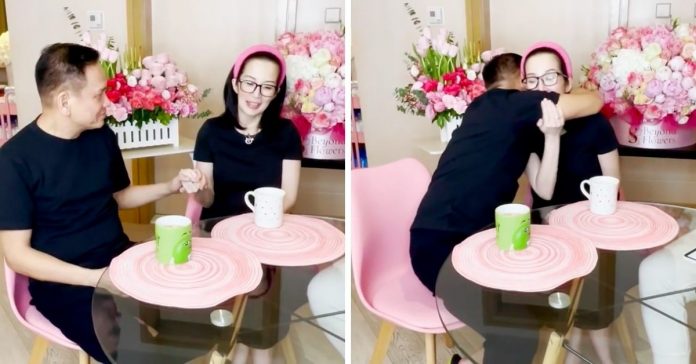 These lovebirds finally spilled the most kilig details about their relationship!

In a series of special Instagram videos, Kris Aquino and her fiancé Mel Sarmiento shared how their romance started.

With the actress-host’s son as the interviewer, Bimby asked his mother how she felt when he popped the question.

It turned out that what really convinced Kris to say yes to Mel was the words of her son.

“Mama, he’s really in love because you’ve always said na in this house there can only be one drama queen but you let him get away with it and allowed him to be the drama king. So the fact that you allowed him to do that means you really love him,” was Bimby’s statement.

Kris continued on to gush that she could no longer imagine life without the former Department of the Interior and Local Government (DILG) secretary.

“Because of the pandemic and everything, and because we’ve been quarantining non-stop, we got to know each other so well so fast,” she explained.

When Bimby asked how his “Tito Mel” got his mom’s heart, the 50-year-old spilled how her fiancé made the move that kickstarted their relationship.

“Bimb, out of the blue, he just kissed me and then I asked him, ‘for someone so shy, paano mo nagawa yun?’” she joked.

The couple also said that the details of their upcoming wedding will be kept private but Kris will definitely share some moments of their nuptials in the future.

It was just last week when Kris announced their engagement, even declaring Mel as “my best friend and the man I said yes to spending the rest of my life with”.

READ: Kris Aquino on Mel Sarmiento: ‘The man I said yes to spending the rest of my life with’