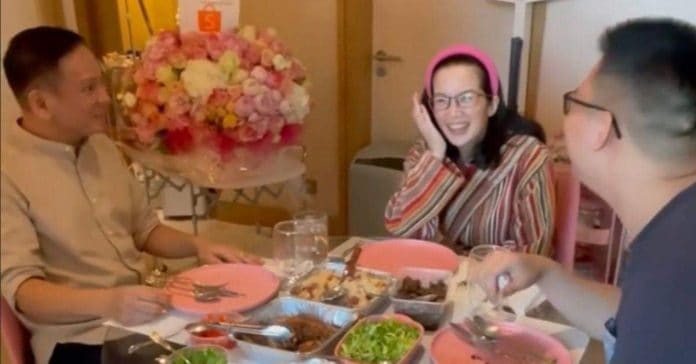 Kris Aquino just couldn’t help but show how kilig she is when she’s around fiancé Mel Sarmiento.

In an Instagram video where they greeted Kris’ sister Viel Aquino-Dee a happy birthday, the lovebirds were spotted having lunch together with the TV host-actress’ son Bimby.

After Kris thanked a brand for greeting her on her engagement, she put the spotlight on the former Department of Interior and Local Government (DILG) secretary, who in turn thanked those who congratulated them.

It was on October 24 when Kris described Mel as her “best friend and the man I said yes to spending the rest of my life with”.

The 50-year-old went public with their relationship back in August when she penned a birthday post for her “special” someone.

READ: Kris Aquino on Mel Sarmiento: ‘The man I said yes to spending the rest of my life with’