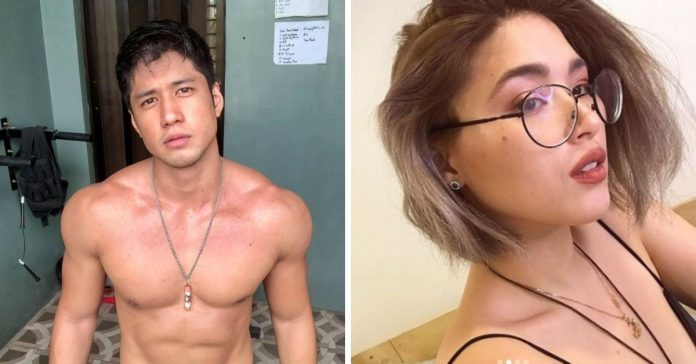 Aljur Abrenica has broken his silence about his split with wife Kylie Padilla, urging her to tell the truth about what went wrong in their marriage.

On Tuesday, Aljur took to Facebook to speak up against the cheating accusations thrown at him following his breakup with Kylie.

Aljur went on to say that he has no hate against “all the attacks and accusations they have towards me” but pointed out that their supporters deserve to know the truth.

The actor apologized to Kylie as he had to break their agreement not to speak to the public about their separation.

“I do appreciate their reactions because I know it comes from their genuine morality and support towards our family. So they also deserve to know the truth. I’m sorry for asking these questions and for breaking our agreement of not speaking to the public.

“When your dad (Robin) opened to the public his one sided story, I maintained my silence because of our agreement,” he added.

It was in July when Robin confirmed Aljur and Kylie’s separation, saying that a third party caused the breakup.

Aljur continued to lament about what Kylie had been stating about their breakup.

“But now that people who support us still throw accusations and reading your statements, it breaks my heart that you can sit still despite of the truth.”

Aljur also claimed that Kylie is currently in a relationship with someone, and challenged her to introduce him to the public.

“Tell them who cheated first. Tell them who you are with right now. Have the courage to settle this. Tell your dad the truth. If not for them, do it for our children.

“After so many years will you allow our children, let them believe this story that you and dad left for me? At first it was fair for me, to take all the blame. Is it also fine with you guys to let the innocent be attacked with false accusations?”

Aljur has recently been spotted spending time together with AJ Raval who admitted that the former currently courting her and that they’re on the getting to know stage.

Kylie, meanwhile, clarified that she has nothing against Aljur dating other women.

Fil-Argentinian Chantal Videla to debut as a K-pop idol this...

Erwan Heussaff’s daughter Dahlia is growing up to become a...