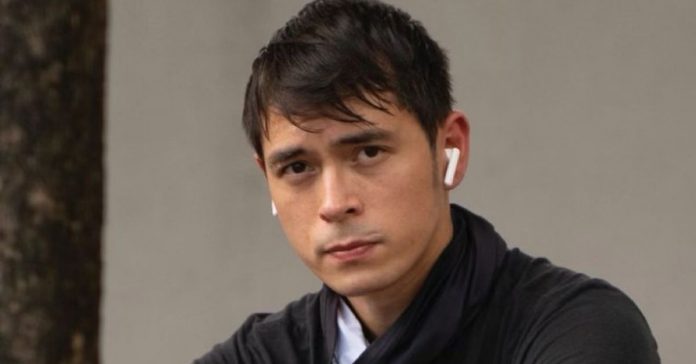 Days after Jake Cuenca was involved in a police chase incident, the actor finally spoke up on the “traumatizing” event.

In a report by MJ Felipe on TV Patrol, the 33-year-old gave his side on the incident.

Jake said that his instincts told him not to stop his car, especially when he had “armed civilians” flagging down his vehicle. He stressed that he did not know that the police chasing him were undercover.

When asked about his sports utility vehicle (SUV) hitting a police car, he mentioned that they were puzzled if the hit actually happened.

“Naguguluhan din kami kung saan nangyari yung bangga kasi in my car, there’s no paint from anywhere. There’s no damage in my car, aside from the damage that was caused by gunshots,” he said.

The Los Bastardos star said he will extend his help to the delivery rider who was hit by a stray bullet from the police during their car chase on the night of October 9.

While he opened up that the event was “very traumatizing,” he said he will not file any complaints against the police.

“I followed everything that they wanted me to do. I followed due process. Di ako naglaban, di ko sila pinahirapan,” he said.

On Monday, Jake was charged with reckless imprudence resulting in damage to property and disobedience to a person in authority.

It was reported that he was asked by the prosecutor’s office to submit an affidavit of counterargument.

On Sunday, actor Paolo Avelino was quick to defend his friend from different rumors that emerged from the incident. He revealed that Jake was driving to his home after he had just recovered from COVID-19.