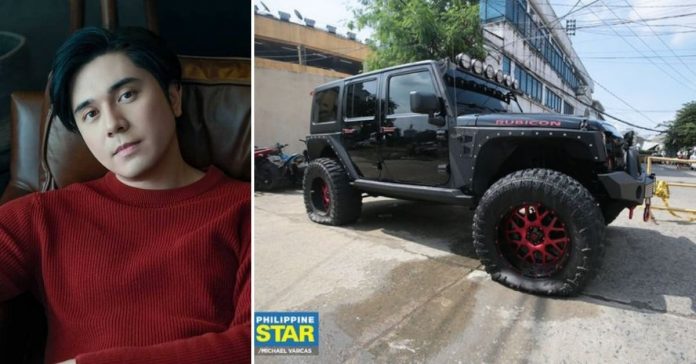 Paulo Avelino was quick to defend Jake Cuenca after he was involved in a police car chase incident on Saturday night.

On social media, the actor asked the public to “get your facts straight” before posting their thoughts about the issue online.

Paulo said that he would also flee the scene if men wearing civilian clothes were shooting his vehicle.

He also disproved news that Jake was drunk when he allegedly hit a police car while driving that night. The 33-year-old explained that his good friend was out to visit him after he had just recovered from COVID-19.

In a report by the Philippine Star, Jake was arrested after his sport utility vehicle hit a police car in Mandaluyong City at around 9 p.m. on October 9.

He was charged of reckless imprudence in resulting in damage to property.

It was also reported that a delivery rider was hit by a stray bullet when policemen shot the tires of Jake’s SUV during their police chase.