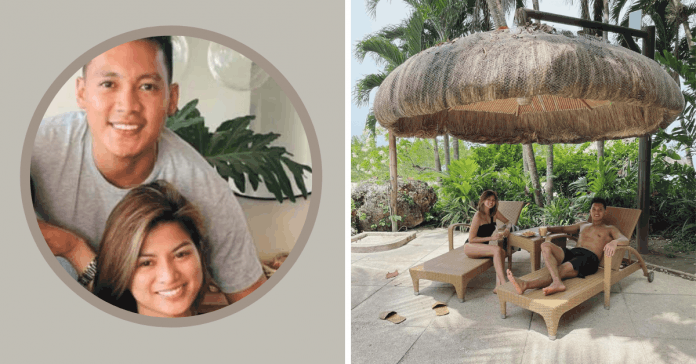 PBA star Scottie Thompson has posted a photo of wife Jinky Serrano for the first time on Instagram since his controversial breakup with ex-girlfriend Pau Fajardo.

On Monday, Scottie shared a snap of him with Jinky from their beach getaway, with only emojis as caption.

Although Scottie has been initially posting moments with Jinky via Instagram stories, this is the latter’s first appearance on his feed.

The cager previously faced controversy after reports of him getting married to Jinky just a few months after his engagement to Pau Fajardo emerged in June this year.

It can be recalled that Scottie proposed to Pau, his girlfriend for eight years, last New Year’s Eve, and called off their engagement two months prior his wedding to Jinky.

In a statement released on Instagram, Pau admitted to being “deeply hurt” over her breakup with Scottie, but has decided to “move forward with my life”.