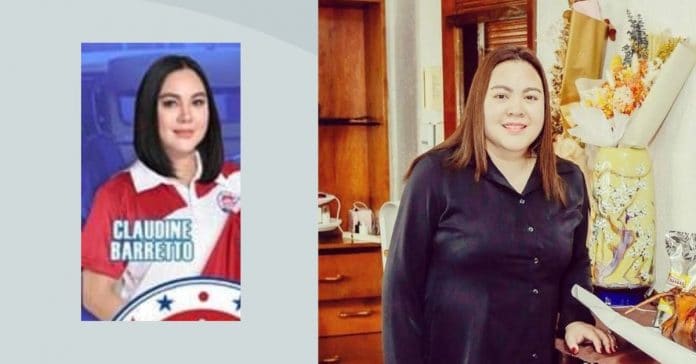 Claudine Barretto is eyeing a position in public office for the upcoming 2022 elections.

Although she has not yet officially announced her decision to join politics, a photo of the actress was included in the grouple Anak ng Gapo poster showing individuals who are seeking elective posts next year.

Claudine is apparently running for city councilor in Olongapo while talent manager Arnold Vegafria is joining the mayoral race.

Aside from Claudine, fellow celebrities Nash Aguas, Ejay Falcon are also speculated to shift from the showbiz industry to politics.

Actor Robin Padilla, on the other hand, is still undecided on whether he would choose politics or continue making films.