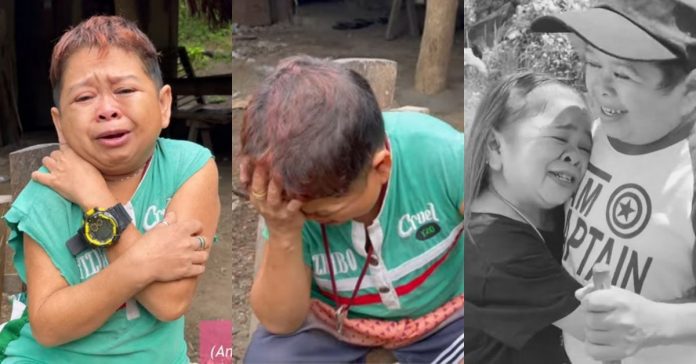 ‘Ang sakit’: Mura breaks down in tears over death of Mahal

Allan Padua, popularly known as Mura, could not believe that his former onscreen partner Mahal and bestfriend is already gone, wishing that it was all just “fake news”.

In a video uploaded by vlogger Virgelyncares 2.0 on Wednesday, September 1, an emotional Mura said he’s still shocked over the death of fellow diminutive comedian.

Mura shared that he initially brushed off the sad news, believing that it was just false information. Not until he checked it himself, and saw reports from media outlets confirming Mahal’s passing.

Mahal, along with actor and friend Mygz Molino, were just fresh from their visit to Mura’s residence in Guinobatan, Albay to extend him assistance.

According to Mura, he had no idea what Mahal was suffering from since they all just had fun during their reunion.

In the video, Mura couldn’t help but break down and cry over Mahal’s death as Virgielyn gave him comforting words.

Virgielyn’s previous vlog about Mura went viral after the latter opened up about his current struggles in life, called on for help and expressed his desire to go back to showbiz.

Mura had to step away from the limelight after his legs got injured in a vehicular incident in 2010.

After learning of Mura’s condition, Mahal and Mygz traveled to Albay and visited Mura in his house and gave him cash and grocery items.

Mura admitted that he’s still hurting over the fact that Mahal’s visit was the last time he would see her and would never get to do the things they had planned on doing together.

The comedian, who’s hoping to attend Mahal’s funeral, also extended his message of condolences to his late friend’s family.