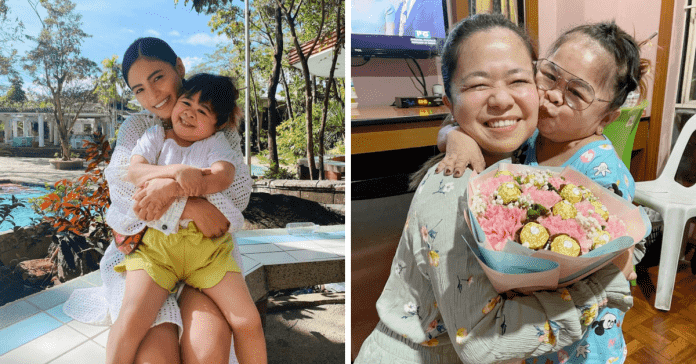 Comedienne Mahal’s death came as a shock to her family, fans and colleagues in the showbiz industry.

Mahal, who was Noeme Tesorero in real life, passed away at the age of 46 on Tuesday.

She died of “gastro illness” and COVID-19, as revealed by her sister Irene Tesorero in a Pep interview.

The comedienne-actress quickly rose to Twitter’s trending topics on Tuesday as netizens reacted to the sad news and offered their condolences.

Mahal’s co-stars from Kapuso romantic comedy series Owe My Love were among the first celebs to pay tribute to the late comedienne via their social media accounts.

Kiray Celis posted a photo of her with Mahal, along with some videos of them together in the set.

Winwyn Marquez also posted several TikTok videos of her and Mahal, remembering how the latter had been caring and supportive of her.

Lovi Poe, meanwhile, shared a photo of her hugging Mahal captioned: “Gone too soon 💔 We’ll never forget you and all the laughter we shared. Mahal ka namin.”

Ruby Rodriguez, Benjamin Alvez, Leo Martinez, John Vic De Guzman and Jason Franciso, on the other hand, grieved over Mahal’s death by posting photos of her in their respective Instagram stories.

Ai-Ai delas Alas, meanwhile, mourned the death of her friend in an Instagram admitting how she was in disbelief over what happened.