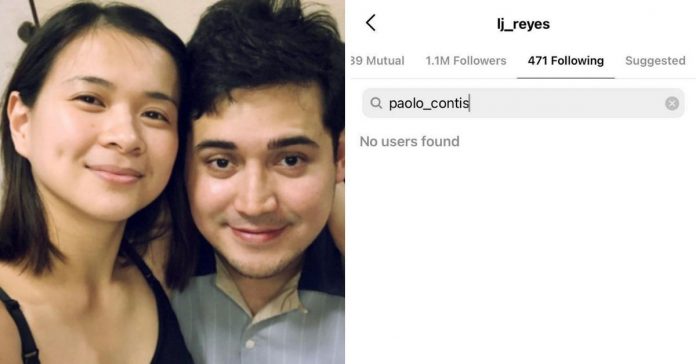 LJ Reyes has broken her silence on the controversy surrounding her shocking breakup with Paolo Contis.

The Kapuso actress spoke up on the matter in an interview with TV host Boy Abunda which will premiere at 6 pm on his Youtube channel on Wednesday, September 1.

A 20-second teaser of the interview showed a tearful LJ when asked about their separation.

“It was so difficult, it was so painful,” LJ was quoted as saying.

The Starstruck also seemingly opened up how the breakup has affected her and how she felt Paolo had already distanced himself from them.

Meanwhile, in a previous episode of Mars Pa More, LJ was asked in a Shot or Sagot game aired August 27, 2021 what’s something that she did that made Paolo upset with him.

LJ and Paolo’s breakup was earlier confirmed by the latter’s manager Lolit Solis, saying that there was no third party, but simply outgrew their relationship.

Paolo sparked the separation rumors after netizens discovered that he unfollowed LJ and removed photos of them together, including those with the actress’ son with ex-lover Paulo Avelino on his Instagram account.

LJ, however, was still following Paolo at that time and kept photos of them together.

Upon checking LJ’s Instagram account, as of writing, the actress has also unfollowed Paolo and deleted pics of him in the photo-sharing app.

The two, who have been together for nearly six years, are parents to two-year-old daughter named Summer.

Is LJ Reyes open to reconcile with Paolo Contis?