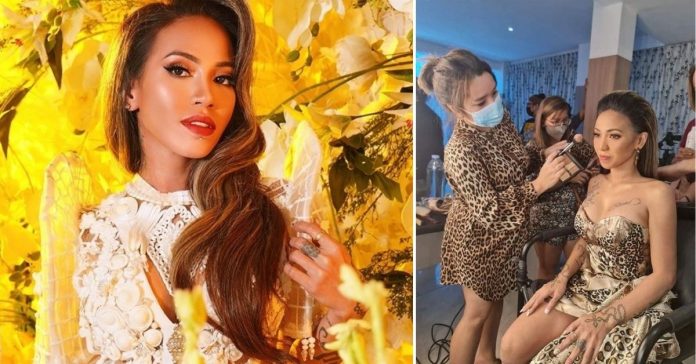 Viral social media sensation Madam Inutz just had her first-ever photoshoot and she slayed it!

The rising social media star on Facebook shared that her first photoshoot experience was a success.

She also gave her followers a behind-the-scenes peek of her fiery shoot. In one photo, she was snapped getting all glammed up in her animal print dress.

The viral online seller, whose real name is Daisy Lopez, recently relaunched her YouTube channel and has already collected half a million subscribers on the platform.

It was just less than a week since Madam Inutz signed a new management contract with the Mr. Gay World titlist and entrepreneur Wilbert Tolentino.