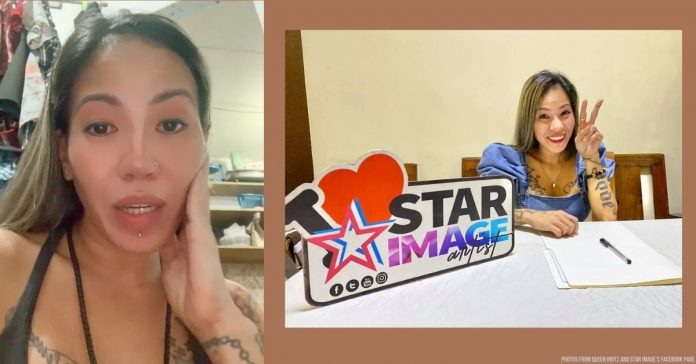 Daisy Cabantog, who goes by “Queen Inutz” on social media, has left her talent management agency just three days after her contract signing.

On a Facebook live, the viral social media personality spoke candidly to her followers as she announced that she has left Star Image Artist Management.

The agency counts controversial online personalities Buknoy and Xander Ford as among its past and present talents.

Queen Inutz disclosed that her decision to leave Star Image was made after she consulted her family and supporters.

She shared that a lawyer even reached out to her to help review the contract. One of the issues with the contract she cited was that the contract had no expiration despite their four-year deal.

She then assured her fans that she will still continue live selling her ukay ukay finds on Facebook.

Queen Inutz caught the hearts of many netizens after going viral for her unfiltered banter with her buyers as she tried to sell her preloved and secondhand clothes online.